“Show me how you feel”

Enjoy these highlights from Hat Day!

This verse had been on my heart quite a bit since I have accepted this new position. I see this verse in every aspect as I discover how awesome our school is. Our staff is a living testament of this scripture. Because we are loved, we are able to instill a great love to our students. Our students see this love and crave it from us. The school has been blessed for the last 16 years under Leslie Clauson’s love. We truly thank her for her service in this ministry. We will miss her desperately.

We have concluded our 49th year of school with 47 wonderful students. We have parents who are raising their children in His love. The end of the year is bittersweet. We’ve seen our students grow and accomplish so much! We will miss those students who will be attending other schools next year. A piece of our heart goes with them. We rejoice to know that many students will rejoin us again next year!

Summer School plans are in full swing. We offer two 3-week sessions in June and July. If your student isn’t signed up, we still have a few spots left. Contact us by email or call 319-396-3125 for more information.

We ask for prayers for our upcoming 50th Year of Preschool at Noah’s Ark. 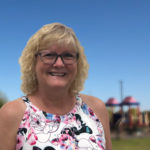 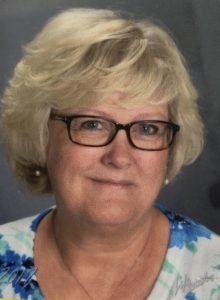 We are excited to announce Kris Crowther as our new director! Kris has been teaching at Noah’s Ark for over six years.  She has been working closely with Leslie these last few minutes in order to have a smooth transition for the 2019-2020 school year of activities.

What a wonderful year we have had at preschool! Thank you to all the great families who trust us with their precious little ones. We really love these children and have grown very attached to them. Saying goodbye is always hard, but they are ready to fly beyond the Noah’s Ark nest. We are very honored to be able to serve the community now for 50 years!

I have truly enjoyed my time at Noah’s Ark and I am excited to see what God has planned for me! My last day will be May 24. I want to thank God, my family, this church, the staff, and the preschool families for their support throughout my leadership God has given me the strength to do things that I thought I couldn’t do. I will always cherish my time serving my church and my community.

Please continue to pray for the Noah’s Ark ministry and welcome Kris Crowther as the new Director. Enrollment is ongoing for our 2019-2020 school year. Please contact us by email: office@noahsarkcr.org or
call 319-396-3125.

Telling a preschooler the real Easter story is a delicate matter. No bunnies or colorful eggs, just felt pieces to show the story. We tell the whole story, scary parts and all. We begin by saying, this is the most  important story ever and it’s a real story.

We discuss, all the time, if a story we read is real or make believe. Most of them can tell you the real story about a little baby born in Bethlehem, but now that boy is a grown man, already a hard concept to imagine for a young mind.

Then, we talk about how some people hated Jesus. What?! They thought he was a good guy. Yes, he is a very good guy, but mean people wanted to hurt him. They ask, “Why?”

Well, Jesus told everyone that he was the Son of God and he performed miracles, but some people were threatened by his power and wanted to kill him. “What? Like really kill him?” they ask. Yes, they beat him badly and nailed his hands and feet to a cross. He hung there until he died.

Their eyes are as big as saucers and the room is very quiet.

Then, Jesus’ friends wrapped his body and put him in a tomb with a huge rock in front so no one would
bother him. His friends were very sad; they went to the tomb three days later, but the stone had been
rolled away! This is the good part! An angel appeared and told them that Jesus was risen and he was not in the tomb.

What?! Now their heads are spinning trying to think how that happened.

We tell them that God raised Jesus from the dead; he was seen by many people; and then he went to heaven and now sits with God. We finish the story telling them that Jesus was sent by God to die for all our sins, every one of us.

Yes, we are all sinners and Jesus died for us. Young minds blown! John 3:16-“For this is the way God loved the world: He gave His one and only son, so that everyone who believes in him will not perish, but have eternal life.”

MARCH 2019 UPDATE
I’ve had a feeling lately… You know, that feeling when the same things look different to you? I feel a change a comin’! I’ve prayed a lot about this and have decided I need to change my focus and say goodbye to Noah’s Ark.

I started in 2003 as a sub, and the next year became an assistant in the classroom. In the spring, I was hired as the Director. I never would have guessed this path for myself, but what a blessing this journey has been! God has a funny way of leading you where you need to be. The best part has been the connections. I’m talking about LOVE connections! I have loved so many kiddos, so many families, and of course my teachers and church staff. What a gift I have been given to lead this ministry! I know God is working on someone who might not even know Noah’s Ark will be in their future.

February was full of fun activities! Everyone learned about what happens to your letter after you put it in the mailbox. We all enjoyed giving and receiving valentines!

Our testing is complete and evaluations sent for our 4– and 5-year-olds. The 3-year-old classes had fun learning about snowmen, dinosaurs, and creation. Second report cards for our younger classes will be sent out before Spring Break.

Mark your calendars for March 11 to donate blood! Mississippi Valley Blood Center will come here and set up in the Gathering Space. Your time from check-in to check-out is less than an hour. Please sign up to donate; our area is in desperate need. Contact me to sign up! 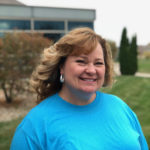 Do you have a passion for sharing the love of Christ with young preschool children and their families? Noah’s Ark Preschool at Cedar Hills Community Church in Cedar Rapids, Iowa has an opening for a part-time Preschool Director. The Preschool Director oversees all aspects including teaching children, supervising staff, overseeing daily activities, maintaining licensing requirements, managing budgets, and marketing.

The Director of Noah’s Ark Preschool supports the collaborative efforts of, and is the liaison for, the preschool to ministries of Cedar Hills Community Church.

An associate’s or bachelor’s degree in early childhood education is preferred with multi-year experience within a preschool.

Please submit your resume and cover letter to the Cedar Hills Community Church office by March 15. The position will start on a part-time basis in April 2019. 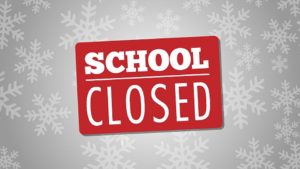